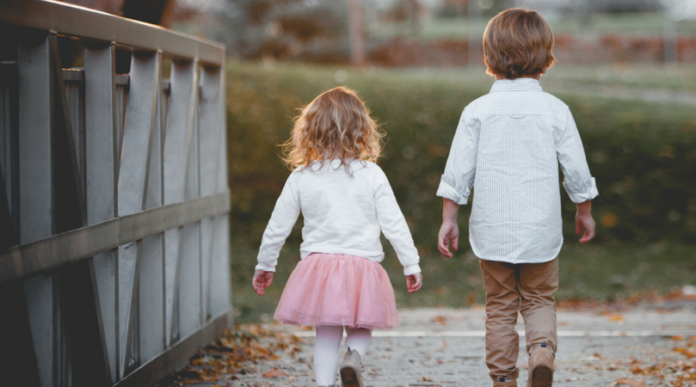 For National Sibling Day which is today, we wanted to share with you a few facts about Sibling Rivalry. What were you? Squeezed middle, indulged youngest, never allowed to do anything eldest?

Since the beginning of time it’s been the survival of the fittest, think Darwin. Siblings being underhand is life. Shakespeare wrote a lot about sibling rivalry in ‘King Lear’ and ‘As You Like it’ to mention just two. Think about celebrities, Noel and Liam Gallagher are portrayed as having a turbulent relationship. Venus and Serena Williams too.  In the 21st century it’s a bit less survival and a bit more attention driven. The first born has pure undivided blissful attention of both parents and then, bam. The baby brother or sister arrives. From a child’s point of view, nothing is ever the same again. Mummy or Daddy are no longer just paying them attention the new born takes up all of their focus and they are too tired to play and never have any time…. It’s normally when children are starting the toddler phase or the terrible twos never an easy time anyway and it starts as a small worry in the child’s mind that maybe they love the new baby more.

Being a sibling you can identify with a certain amount of sibling rivalry and injustice from childhood that you probably remember through to being an adult. You can look back on it and laugh (a bit) hopefully. But, when you become the parent and you are dealing with sibling rivalry it takes it to a whole new level.  You can have the absolute best intentions but someone won’t be happy. So, the challenge of the parent dealing with the quarrels and the injustices (which there are many when you are aged 2-15) is frequent and ongoing.

Firstly, as a parent, it’s hard because it’s really frustrating and stressful. You get annoyed at the bickering and fighting. Really annoyed, which can turn to anger. So, stop and think. Think differently about it and change your mindset. Try and think of it as healthy competition and realise that sibling rivalry is life, it’s not your fault; we can’t change nature but we can change how as parents we deal with it and try and prevent it from happening.  Sibling Rivalry is complex and there is no easy answer.

So, what can you do to reduce the impact of sibling rivalry and make life easier for you and your children, after all you don’t want them to grow up hating each other do you?

Motivation, children are motivated to get other siblings into trouble, as a parent you can fall in the trap by telling off the other child and it’s a simple win for them. Try and stop the telling off and approach it differently, then you take away the motivation factor.

Attention and approval, children crave attention and praise from parents and they always want to know if they have done better than their sibling. Just don’t fall in the trap, praise everyone equally.

Stuff, children are possessive and don’t want other children playing with their toys or wearing their clothes. Have a rule for example that no one plays with the other’s toys or use their things unless they have permission.

Jealousy and competition, when one sibling is better at something than the other and the other is jealous; or maybe they are both good at the same thing and ultra-competitive. Never compare, listen openly and nurture a special skill that they have instead. Encourage that special talent in each one, they don’t have to do the same things.

Unequal treatment, often siblings get unequal treatment maybe treats, toys, pocket money. You have to treat them the same and equally no matter what and tell relatives as well. Sometimes the best-intentioned horse riding lessons given to one child by a relative and not another can have unintended consequences. Reward them consistently and evenly and tell relatives too!

Family place, where the child sits in the family order: youngest, oldest, middle can have a huge effect on rivalry and knowing more about this will help you deal with it. Recognise that the place that your child has in the family has an effect on their character.

Age gaps, an age gap can result in big communication frustrations for a younger sibling. Explain that you understand their frustrations and get the older sibling engaged and understanding the issue and remind them what they were like at that age.

Age related compensation, when the younger sibling gets to do something at 8 that the older sibling had to wait until they were 10 to do. Be consistent with boundaries, and fair to all siblings in an un-age related way. Take away the age compensation.

Other practical steps you can take

Sibling rivalry is healthy competition. Ultimately do you really want to quash all that competitive spirit and enthusiasm out of them? Sibling rivalry fosters mental resilience which is essential for dealing with friendships as they grow up. It enhances their social and negotiation skills and makes them more tolerant, really it does! It also increases their maturity, outlook and awareness of emotions; how they regulate their emotions and how they can affect the emotions of others.

Try to manage it calmly and consistently and be aware when it is out of hand. Sibling rivalry is healthy as long as it is managed carefully. It can also continue through life so you could be fighting a losing battle!  So, while it’s frustrating and stressful while you are dealing with it, it does have a force of good. Which gives them life skills for the big wide world.