We love receiving so many yummy recipes on www.kensingtonmums.co.uk. Today’s contributing recipe if by Lina Sinno, a Lebanese Woman living in London, wife and mother for 3 adorable kids. Originally a lawyer moved to media and now into the social and digital media world. She is married to a man who shares her passion for Healthy Cooking & Media.

Compared to normal Thyme Manakish, I have replaced 60% of the oil with Water to reduce FAT, and added Flaxseed (must be grounded) which is rich in Fiber, Protein and is 6 times richer than Cod Liver oil in Omega 3; yet when mixed with Thyme at equal quantities, the thyme flavour dominates the flaxseed as if the later do not exist.

For the dough:
500 grams of Flour
4 tbsp. olive oil+ salt
1/2 teaspoon of sugar
2 tbsp. of yeast (I prefer 1 tbsp.)
400 grams of warm waterCombine the above and Knead the dough by hand or mixer and stir to form a soft dough.Put it aside and allow it to rest for about half an hour or doubled in sizeFor the stuffing:
I like it with plenty of Thyme flavour so I increase the amount of Thyme. You can adjust according to your taste.
For every 5 full tbsp.  of thyme use 5 full tbsp. of ground flaxseed (or linseed) and 45ml of Water and two tbsp. of olive oil (30ml). combine the mixture in a small bowl and mix until you get a spreadable mix.
After the dough is ready Knead it then flatten it  on a lightly floured surface and make some circles with a cutter.
Spread 1 flat tablespoon of Zaatar topping over each round
Bake for 15 minutes at 200°C
Enjoy 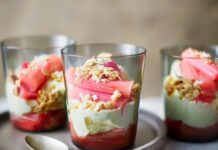 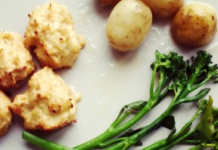 Three healthy and simple back to school lunch box recipes 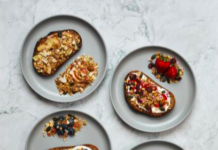 Muesli on Toast | Back to School recipe