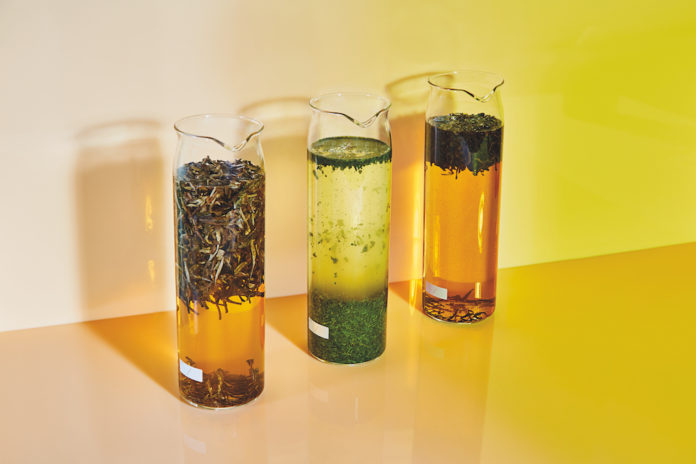 Hakkasan Group is excited to announce the launch of an exclusive, new alcohol-free drinks menu, the Orchard List. The result of two years of worldwide research and development, the menu has been carefully crafted to offer innovative drinks that go above and beyond the usual soft drink offering, including a brand new drinks category, Mai-Shin. From March 2018, the Orchard List will be available at Hakkasan Group’s London restaurants Hakkasan Hanway Place, Hakkasan Mayfair, Yauatcha Soho, Yauatcha City and Sake no Hana in St James’s.

With a noticeable increase in the demand for alternatives to alcohol, Group Head of Wine Christine Parkinson identified a lack of premium non-alcoholic drinks available in restaurants. Christine explains, ‘”The Orchard List project has been an opportunity to breakdown the notion that premium is only tied to alcoholic drinks. This should be extended to other drink options for guests to enjoy while dining.”

Christine has worked closely with Head of Bar Eder Neto alongside chef, drinks researcher and developer James Morgan to source and develop the very best products from around the world, with several made or imported exclusively for Hakkasan Group. Together the team has chosen 29 drinks to feature on the Orchard List, each demonstrating complexity, quality, character and body usually associated with premium spirits and craft cocktails. Inspired by ancient recipes and traditions, the innovative list contains distinctive ingredients and reflects the diversity of Asian cultures. The research has spanned several continents with drinks sourced from Europe, Asia and Australia while also championing a hand-picked selection of British producers.

The Orchard List features nine drink categories with varying flavour profiles which explore and push the boundaries, offering something completely unexpected. Inspired by over a decade of experience with fine teas at Michelin-starred dim sum tea house Yauatcha, the Orchard List will include tea-based drinks including honey jun, a supreme kombucha tea cultured with honey, and meticulous precision-brewed cold brew teas. Mai-Shin, a rice and Japanese tea infusion, is an entirely new drinks category developed by Hakkasan Group, inspired by the brewing process of sake. Two varieties of Mai-Shin have been created; Sukkiri which is floral with notes of pear and apple blossom, and Mattari which is creamier in flavour with great depth and body. The list includes salted juices which are hugely popular in South-East Asia, as well as drinking vinegars, to be enjoyed diluted with sparkling water. Eder’s flair for combining flavours is showcased with a collection of fruit blends including the playfully named Pombucha (blueberry, pomegranate, ginger, elderflower and LA Kombucha).

Completing the selection will be tree waters such as Ogam Bottled Wood (a wood-infused water from France), craft sodas including the Botanical Spritz, developed specially for Hakkasan Group by Square Root Sodas in Hackney, and Akashi Tai ‘Cider’, imported exclusively from Japan – the increasingly popular cider category in Japan is a play on the word soda.

The Orchard List will launch in London in March 2018, with plans to introduce the drinks across Hakkasan Group’s international restaurants later this year.