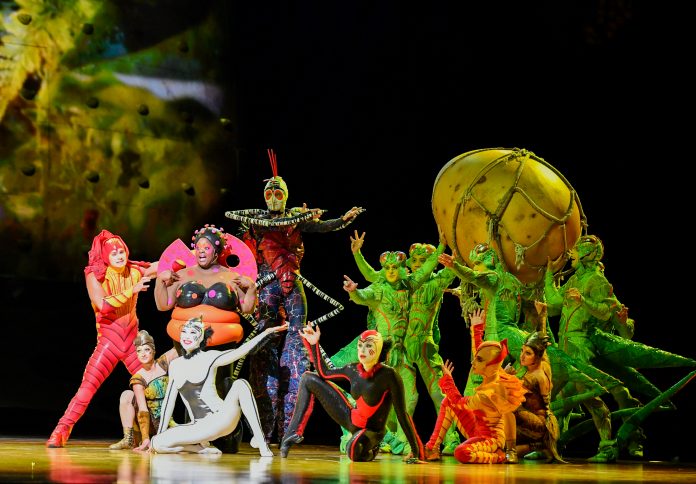 The cast of OVO is comprised of 50 performing artists from 17 countries specializing in many acrobatic acts. This includes Alanna Baker from Greater London who plays the role of the Black Spider in the show. Having trained at Heathrow, she was crowned gymnastics European Champion in 2011 and won Bronze in the World Championships in 2012. Alanna, who has been training since she was five years old has travelled around the world with OVO to countries as far reaching as Japan and Australia and is now set for a return to her home here in the UK.

Having thrilled more than 5 million people worldwide since the show premiered in Montreal in 2009 as a Big Top show, OVO embarks on a journey, offering the same captivating production as the Big Top performances, but on a larger scale now, visiting major arenas and venues including London’s iconic Royal Albert Hall.

OVO, meaning “egg” in Portuguese, is a headlong rush into a colorful ecosystem teeming with life, where insects work, eat, crawl, flutter, play, fight and look for love in a non-stop riot of energy and movement. When a mysterious egg appears in their midst, the insects are awestruck and intensely curious about this iconic object that represents the enigma and cycles of their lives. It is love at first sight when a gawky, quirky insect arrives in this bustling community and a fabulous ladybug catches his eye – and the feeling is mutual. The show was spectacular from all the performing artists from the Cirque De Soleil team. Our seating were very comfortable on the top seats with clear view and no obstacles in any way which we thoroughly enjoyed. It was a full house with a red carpet entrance for all the celebrities attending.

We couldn’t help but notice the performers costumes were impeccable, all dressed up as insects was of the best seen so far. You can see the details in the pictures. The acrobats and gymnastics were next to perfect as the performers overwhelmed the audience with the acts on the trampoline, on the swings just to name a few.

It was a great night with a standing ovation from the crowds. The premier night was a great experience and everything was very well organised. The sound effects and stage lights made the audience feel as if we were captivated in the heart of the insect world with the climbing wall frame being the main attraction for the trampoline performers. So many performers were keeping the crowd entertained just before the show started, coming in between the aisle next to the audience. The costumes and makeup showed immense hard work and brought out the reality of the insect world which the audience lived up to for 2 hours at the prestigious and beautiful setting at the Royal Albert Hall.

We highly recommend this as a family day out in London and give it a 5/5. The show is mostly suitable for children over the age of 7 as some of the sound affects and lighting could be strong for younger ones.

We will definitely be wanting to go back and see future shows. Thank you Cirque du Soleil for having us!

Enjoy some of the pictures from Cirque du Soleil Ovo show. 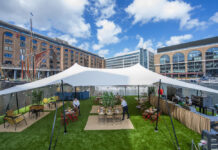 Avalon by The Melusine | Review 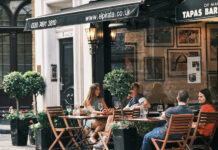